Richard Cooper achieved two top ten finishes at Oulton Park this bank holiday weekend, but frustration on the opposite side of the garage for both Shaun Winfield and Filip Backlund.

With changeable conditions for the free practice sessions on Saturday and Sunday, all three riders made it through to Sunday afternoon’s qualifying session. After Cooper and Backlund topped the timing sheets for a little while in the drying free practice three.

The track had dried quickly after heavy overnight rain for qualifying, and the lads came out firing. After improving his time by a further second from free practice, Shaun Winfield was knocked out after Q1, with Cooper and Backlund progressing.

But Q2 saw both riders fail to make the third session, after improving on their times set in Q1. Meaning Richard Cooper would line 14th for Sunday’s first race, with Backlund in 19th, and Winfield in 29th.


Race one saw Cooper get off to great start and ran with the group battling for eighth position, but as he crossed the line he took the flag in tenth position. Filip Backlund also got a good start from the line, but an engine failure cut his race short and forced him to retire. Shaun made a great leap from the line, and was running in a group battling for 20th place, but he ran on at Hizzy’s chicane twice, forcing him to take the flag in 24th place.

Prior to race two, the team worked hard to replace the engine and Filip made a good start from the lights, and ran with a group battling for 10th position, but he just couldn’t make most of his situation and took the flag in 16th place. Richard made a good start from his starting position of 9th, and battled hard all race to take the flag in 7th place. But unfortunately a wrong tyre choice for Shaun, forced him to retire due to chatter on the rear end. 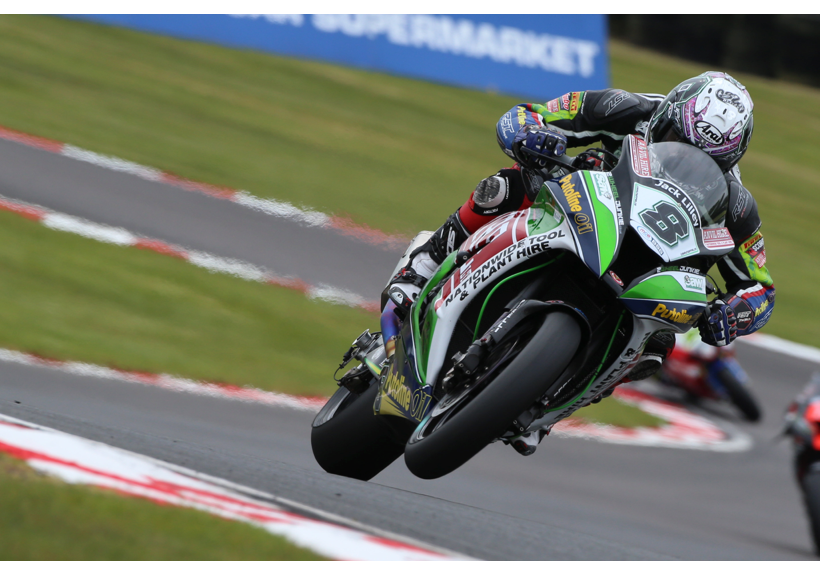 After race two, Team Owner Rob Winfield said: “I predicted seventh for Coops at the beginning of the race two, that was without anybody crashing. I thought we had a little bit more pace but for some reason we hadn’t, we need to go away and find out why. The pace has been good for Coops and he’s been running some great times, but so has everyone else."

“Filip had an engine go in race one so he had to pull in and then in race two he was in the mix of it, and battling with a group that could of put him 16th which it did, or 8th or 9th, it was that tight."

“Shaun was going well again, we went for the wrong tyre in race two, I thought it was going to be too cold for an SC0 so we went for an SC1 and it caused him rear chatter after just three laps. He got off to a great start and he was in front of Smrz and Rutter, but then the chatter kicked in. It was that bad it made his seat unit come loose there was that much chatter. Shaun’s gone round here two seconds quicker than he ever has, so we’re going in the right direction. We live to fight another day, they’ve come home in one piece and we go again in six weeks time at Snetterton.”

A jubilant Richard Cooper commented: “It was always the aim to be in the top ten which is never easy and I felt I’ve rode the best I’ve ridden all year in the races."

“It’s nice to make an improvement in race two because through no fault of my own the result hasn’t been as good in race two than it has in race one. So then to make the step up and be inside the top ten before a couple of riders crashed was pleasing."

“We need to work on the bike to be able to make a pass, because at the minute the lap time is there when I’m on my own or when I’m chasing a rider but when I get the person that I’m catching the bike isn’t as sharp as we want it to be. It’s something that we’re looking at for the Snetterton test, but this weekend has been great, the arm is feeling stronger this week than it has all year long. So I’m really happy overall.”

Filip Backlund stated after the race: “We’ve have made some good progress this weekend in terms of setup of the bike, we had a little bit of bad luck in race one with an engine problem and the lads worked great to get a new engine in ahead of the second race."

“And in race two I think we would of managed to achieve better times, but because of traffic we couldn’t. Unfortunately we couldn’t get the points but we were close, but we’ve made some good progress so I’m looking forward to the next race at Snetterton now.”

Shaun Winfield concluded: “I ‘ve had a little bit of a tough weekend with a few setup issues, and we made a step forward before race one and my qualifying position made it hard work for us so I battled hard in that race. Then in race two we went quite a bit better, but we went for the wrong tyre and that chatter just forced me to retire, so all in all not the greatest of weekends but we’ll be ready for the next race at Snetterton.”

The team will now turn their focus to the official BSB test at Snetterton at the end of May.