On Sunday, 5th June, the ladies British trials Championship resumed in the South West of England for round 3 of the series, close to Hartland, in Devon. The Torridge motorcycle club had put on a very well-organised event which was enjoyed by the entry of 34 women and girls.

Emma made the 670 mile round trip a successful one by taking a clear win, on 24 – nearly half the score of the second place rider, on 43.

Emma: “It’s been a long weekend of driving but winning always makes the traffic on the journey home more bearable! I have enjoyed the trial today and thought the organisers had put a lot of effort into making some challenging sections – so thanks to the club.”

“My main focus is to be prepared for the World Championship starting next month so I have been working hard and I’m feeling strong on the bike. On the whole I’m happy with my riding and excited about the rest of the season. ”

Emma’s next event is this weekend for round 4 of the Ladies British Championship where she is looking forward to more competition and will be out to fight for another win. 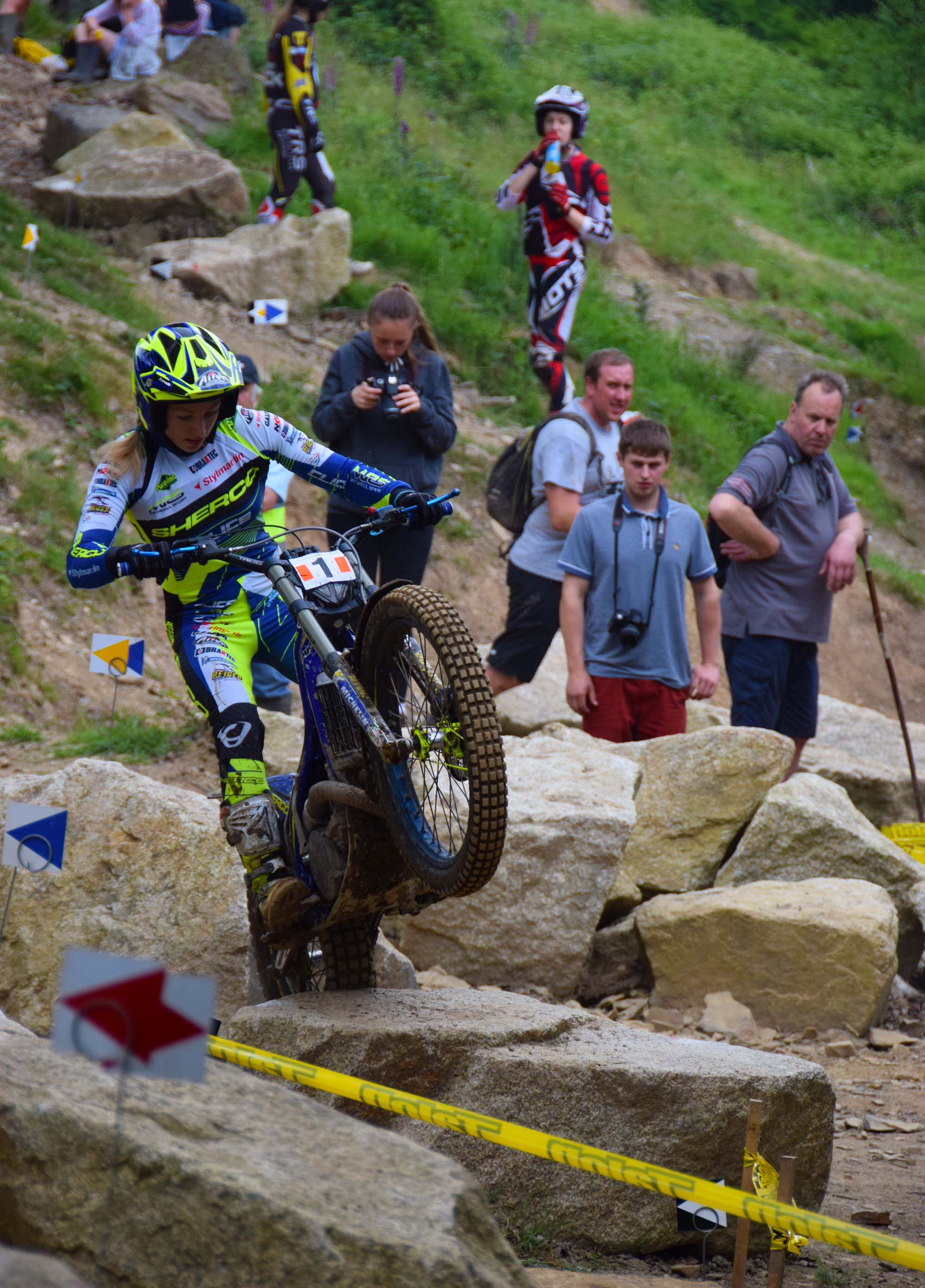