For the third year running, the UEM European Championship is held in the Spanish town of Albacete - a race that is open to the top 5 from the national competitions. This year this includes Allard and the KNVM invited him to take part in this race. From 22 to 24 October, Allard will be in action on the Spanish circuit in the Superstock 1000 class. 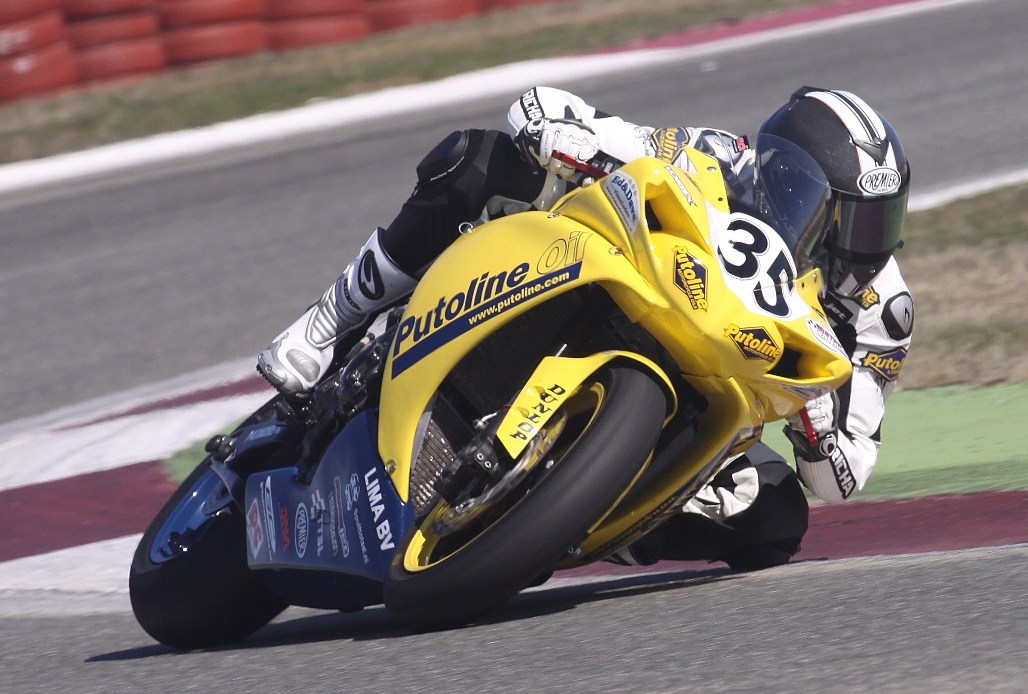 Meanwhile, the “crash bike” has been reconstructed and Allard will ride a few rounds on it on Friday during the free practice. As this bike was built in accordance with the Dutch Open Championship Superbike regulations and not in accordance with the Superstock regulations, it may not be used during qualifying practice or the race. The major difference is that this weekend we will use Dunlop profile tyres instead of slicks, and the bike may not have any data logging facilities. However, Allard is familiar with the Yamaha R1 he will ride during qualifying practice and the race and he is familiar with the Albacete circuit. We are feeling confident about this race, although there is little we can as yet say about the competition.

On Friday we start with two free practices, Saturday there are two qualifying practices, and on Sunday we have the race over 20 laps, which will start at 10.45am. In the Netherlands you can follow all the action from Spain by means of live timing. This link will take you to the right page www.circuitoalbacete.es/cronoonline.asp . Allard will start with his own start number 35. Allard will also keep everyone up to date of the latest on his personal website at www.allardracing.com .