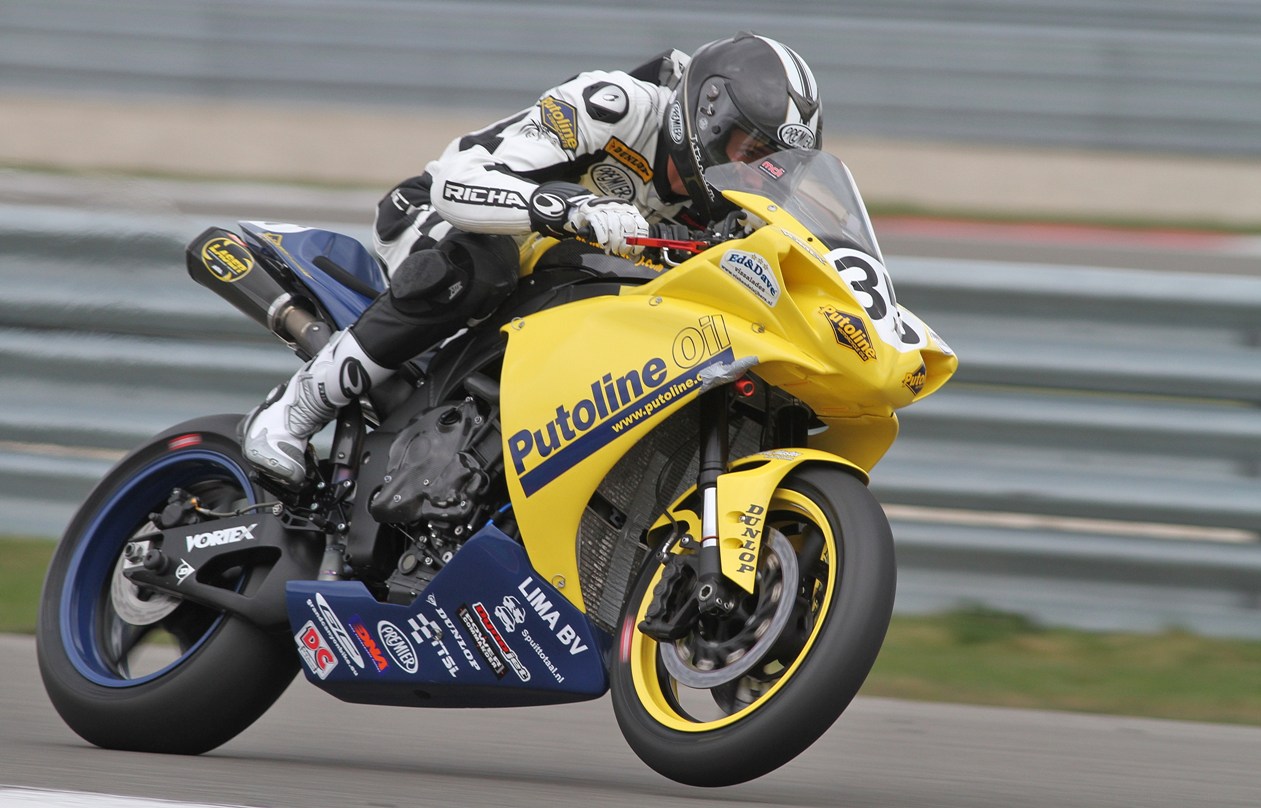 During the opening round of the 2010 racing season Allard made a good start. After qualifying 10th, he was in the race right away in a higher position. In the first laps he was hanging on the back of the leaders. In the last laps he took 7th position, where he finished safely after 13 laps. First points are scored!

On Friday there was the opportunity for free practice. Unfortunately the setup we found with testing in Spain didn’t work at Assen. But after two free practices Allard was much more positive about the bike. With the collected data the bike was prepared for the qualifications.

This weekend was the first event with a changed corner on the track. De slower corner after the back straight was made much faster. During qualification Allard was immediately very excited about this corner. The biggest problem was the number of slower riders on track. With over 50 riders, Allard even put his fastest lap including overtaking two riders. In this last lap he put himself in 10th position. The second qualification was wet, and the decision was made that Allard didn’t go out on track. Because the gaps were very small, Allard looked forward to the race.

Sunday was a day of rest. During this rest day, the team did all sorts of job in and around the hospitality tent.

During the warm-up training on Monday morning Allard got back in a good rhythm. While the sponsors, guests and supporters were getting some drinks, fish snacks and salads from sponsor Ed & Dave.
All of them were watching the other races while the temperature was going down and the clouds getting darker.

Because of some problems with the start procedure the Dutch Superbike race started somewhat later. Starting from the third row Allard made a good start. He came 6th out of the first corner. Completing the first lap in 7th position close following the leading group. He could keep that up a few laps. His lap times were over a second faster than his qualification lap, which brought him new suspension problems. This led into a rear tire that lost grip too early. Mid race the Swedish Hampus Johanson overtook Allard, but shortly after he got to the rear of Joan Veijer. A lap later he overtook him, getting back 7th position. In the lasts laps he was riding quit lonely. When rain drops start to fall, Allard’s lap times got higher. He finished with a nice wheelie on 7th position. First points are scored!

Many happy faces where seen in the hospitality tent. For sure this winter was much improvement made, and we are going to make it a beautiful season. In three weeks time is the next race during the World Superbike race at Assen, where will be held a Dutch Superbike race at the end of the day.