Weekend in Germany started not well for Ceriel Klein Kromhof on Saturday.

Weekend in Germany started not well for Ceriel Klein Kromhof on Saturday.

In the first moto he was midfield when the field came trough the first turn. In the second corner he collided with another rider and crashed. He restarted in the back of the field and tried to come back as far as possible. During his charge trough the field his handlebar grip came off so Ceriel crashed and was forced to retire from the race.

In the second moto he missed some self confidence in the beginning of the race. Things started to go better during the race but unfortunately he finished just outside of the points in 22nd position.

After eight rounds Ceriel sits in 32nd position in the World Championship Standings.

The Yamaha van Beers Racing Team will now travel to Latvia for round nine of the World Championship Series! 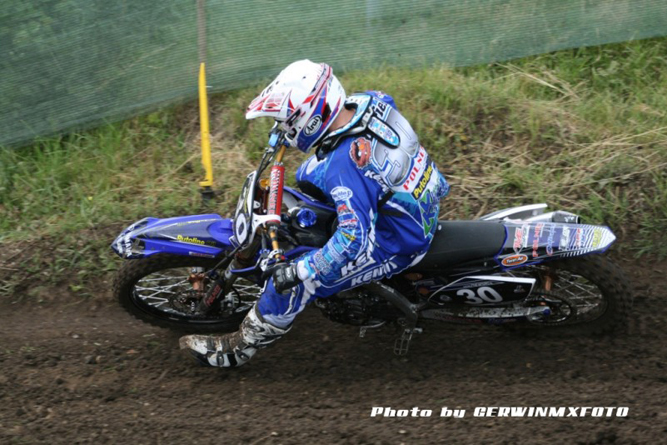