This year, the twenty year old Lamborghini, grandson of the founder of the legendary car manufacturer, also competes successfully in the Italian Moto2 championship. Fortunately, it can be combined without problems. Previously, Lamborghini impressed in the Superstock 600 European Championship with two poles in only three races.

The Italian has already tested with the Ten Kate Junior Honda Fireblade at Brno in the Czech Republic, venue of the next Superstock round. The first signs are positive because the resident of Casalecchio di Reno (Bologna) was fast in the first lap. Ferruccio Lamborghini: “I’m very proud to be part of the Ten Kate Junior Team. Ten Kate is the largest team in the paddock, it feels great to be one of them. The test at Brno went really well. The team is very professional and operates at a very high level. Therefore, I can’t wait until the first race.”

Ferry Schoenmakers: “I'd like to thank Luca Verdini for his commitment and I'm sorry that it didn't work out. With Ferruccio Lamborghini, we have a good replacement and that makes me happy. In the past, Ferruccio has shown that he is very fast. His first test went well at Brno, so I have confidence in the future. Many thanks to the Forward Racing Team, in particular Paolo Maffioli and Marco Curioni, because they have no problems at all with the dual job of Ferruccio.”

Michael van der Mark was also present at Brno. The Dutchman used the test mainly to get used to the Superstock 600 European Championship Honda CBR600RR again after participating in the Moto2 World Championship race at Assen. In addition, Van der Mark and his team also tested a lot with the set-up of the bike and left the Brno circuit with positive feelings. 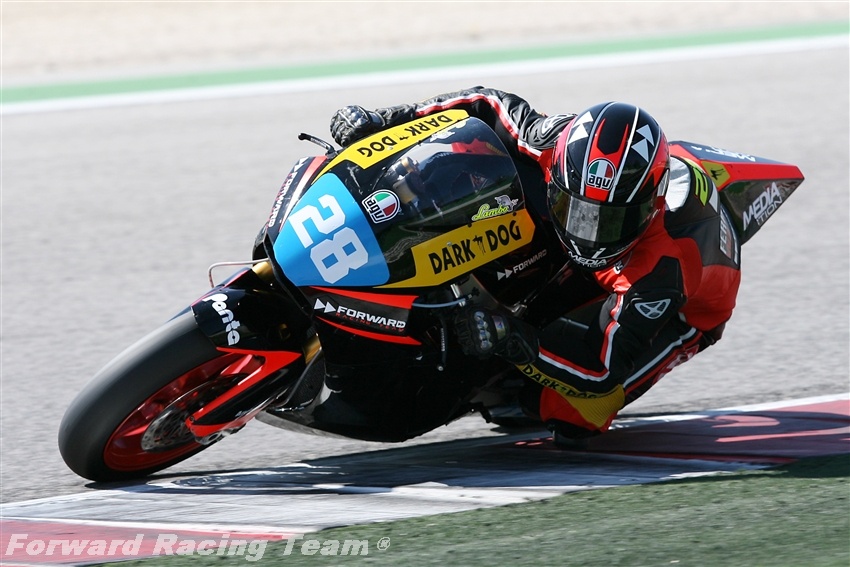