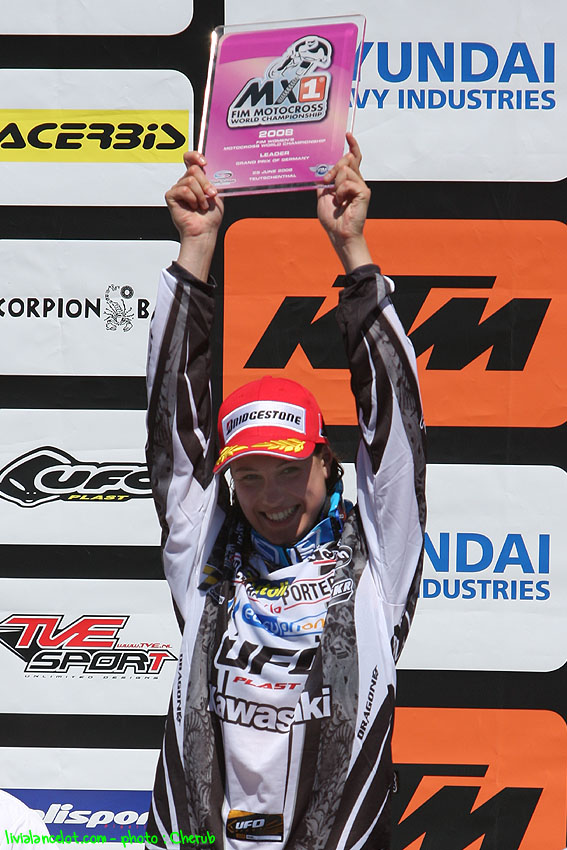 By winning all of the heats in the new ladies' championship, Livia dominated straight away from the opening in Bulgaria onwards. In Germany she came second, which stood her in good stead for Lierop. All she needed in Lierop was two top five positions to be crowned world champion. After a difficult opening stage of the competition Livia quickly recovered and climbed to a solid second place behind Steffie Laier. The second manche got off to a better start and at the leading edge of the competition it was all between Livia and Steffie. Technical problems forced Steffie to stop so that Livia was able to overtake and win both the race and the championship.