During March Allard was contacted from KNMV (Royal Dutch Association of Motorcyclists) to inform him that he had qualified for a wildcard entry for the FIM Cup Superstock 1000 race. The race will take place during the World Championship Superbike event in Assen.

A week earlier Allard may have refused the entry due to 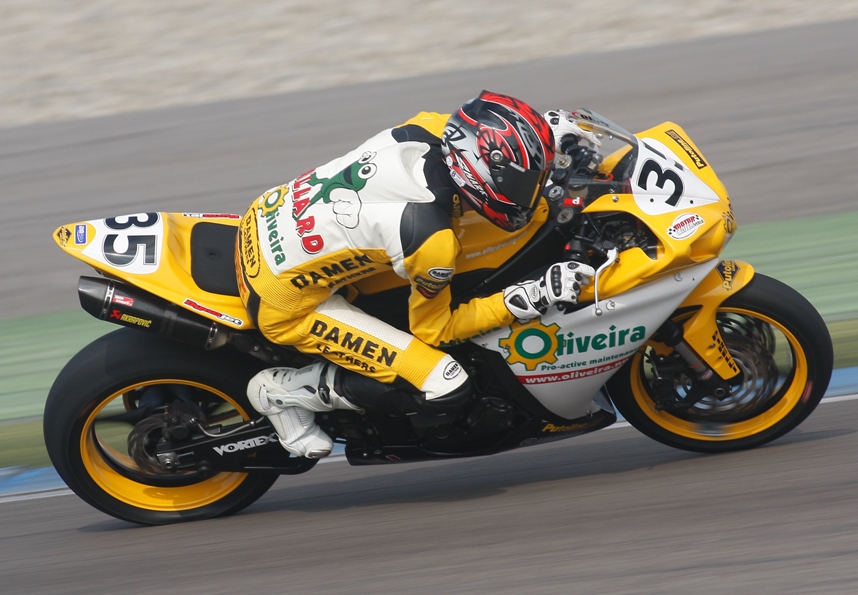 technical regulations coupled with the high cost of participation. However, as Team Oliveira had just completed building the new Yamaha R1 the problem was solved. With exception to the data log system that is used the R1is now in accordance with the regulations for the Superstock class.

It was during his return from practice in Spain that Allard received the phone call from KNMV with the proposal of the wildcard entry. In the meantime confirmation was received from the organisation and the International Motorcycling Federation that Team Oliveira had been added to the start list for Assen.

During 2006 Team Oliveira travelled throughout Europe racing in this class and has gained a great deal of knowledge and as a result they have become more professional, and Allard is now a lot faster. Because the motorcycles are very similar and everyone starts on the same tyres, the racing will be very close and exciting.
Team Oliveira is really looking forward to the new challenge!

Practice starts in Assen next week on Friday April the 24th and the first World Championship Superbike race takes place on Sunday the 26th of April.

We are not aware of Allard’s start number as yet however number 35 is not currently listed. Of course we will keep you posted as soon as we know!