One week ago, the Dutchman broke his collarbone during a crash in the second free practice session of the World Supersport at the Moscow Raceway in Russia. Despite the injury Van der Mark is fully confident for next weeks Superstock 600 European Championship race at the Nürburgring in Germany, almost his second home race of the year after the Dutch round at TT Circuit Assen. The EAB Ten Kate Junior Team rider is currently second in the championship table, only three points behind leader Riccardo Russo (Yamaha) from Italy.

Michael van der Mark (STK600): “It gets better every day. I don’t have much pain at this time and the recovery is on schedule so that makes me very happy. I'm definitely racing next weekend in the Superstock 600 European Championship race at the Nürburgring as I want to be back on my Honda CBR600RR after the unlucky weekend in Russia. Many thanks to the medical staff of the Moscow Raceway and the Amphia hospital in Breda, the Netherlands. They did a great job!” 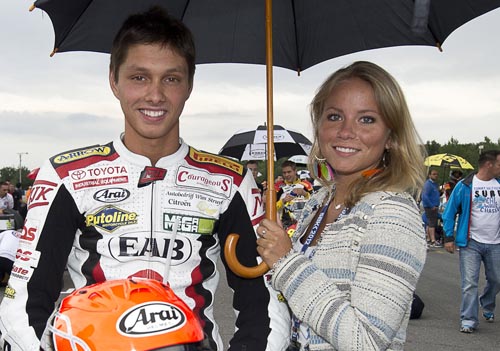