After a close and exciting battle for t he lead, Ben and Tom Birchall took their second victory of the year in round three of the FIM Superside Sidecar championship at Sachsenring in Germany to regain their series lead with an advantage of five points over Pekka Paivarinta and Adolph Hanni. 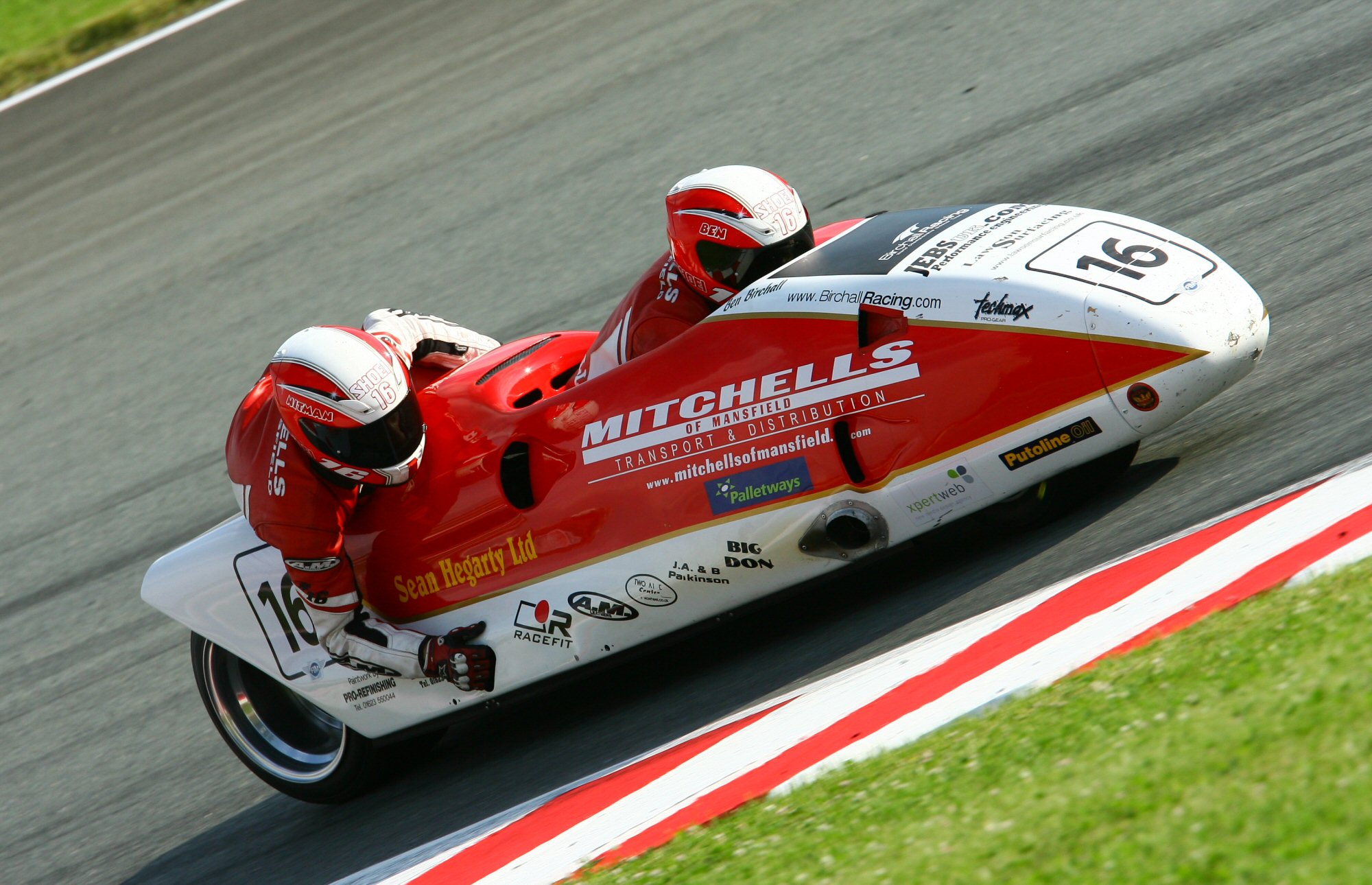 There were to be two sidecar races on the race programme at the German round of MotoGP but the addition of a Red Bull Rookies event caused the sidecar class to be reduced to just one round.

The Mitchells of Mansfield sponsored brothers headed the time sheets in the first qualifying session and this position was maintained when final qualifying was affected by heavy rain. No other crew was able to outpace the Mansfield pair and they lined up to start the 22-lap affair from pole position.

After a close and tense three-way battle for the lead, the Birchall Brothers finally hit the front and made it stick at the half way stage of the race on lap 11.They managed to pull away from the pursuing riders to establish a 10 second advantage which they held to the chequered flag breaking the existing lap record in the process with a fastest lap time of 1m 27.706s.

This fine result means they regain their series lead and go into the next round with a five point lead over current world champions Paivarinta and Hanni.

Round four is at the Croatian circuit of Rijeka on August 23 when Ben and Tom will have to contest the sprint races as well as the longer Gold race. The brothers will be seeking a strong set of results to maintain their position on top of the world rankings ahead of the final showdown at Le Mans in France on September 6.

Meanwhile Ben and Tom revert back to the F11 outfit in order to take part in the 15-lap F11 sidecar race that runs as part of the support package with MotoGP at Donington Park on Saturday with a scheduled start time of 5.15pm.