Vlaanderen started the day in Rhenen with a ten-point lead over championship rival, Glenn Coldenhoff. This meant he had to keep Coldenhoff in his sights. In time practice the times were close. The circuit was very fast so the differences between the riders were small. Calvin set a third time and started the preparation for the first moto with confidence.

After dropping the starting gate in the first moto Vlaanderen took a good start and came out of the first lap in fourth position. He followed the three leaders and moved up to third position. He then put the pressure on the two leaders but despite frantic efforts, he couldn't find a place to pass them. As a result, he had to settle for third position but considering the title fight this was a perfect result as he started the second moto with a lead of eight points.

In the second moto Vlaanderen rode a controlled race and didn't take any risks. He finished in a good third position and assured himself of the Dutch Masters 500cc title. For Vlaanderen and Gebben van Venrooy Racing this is the first Dutch Masters title of their career. 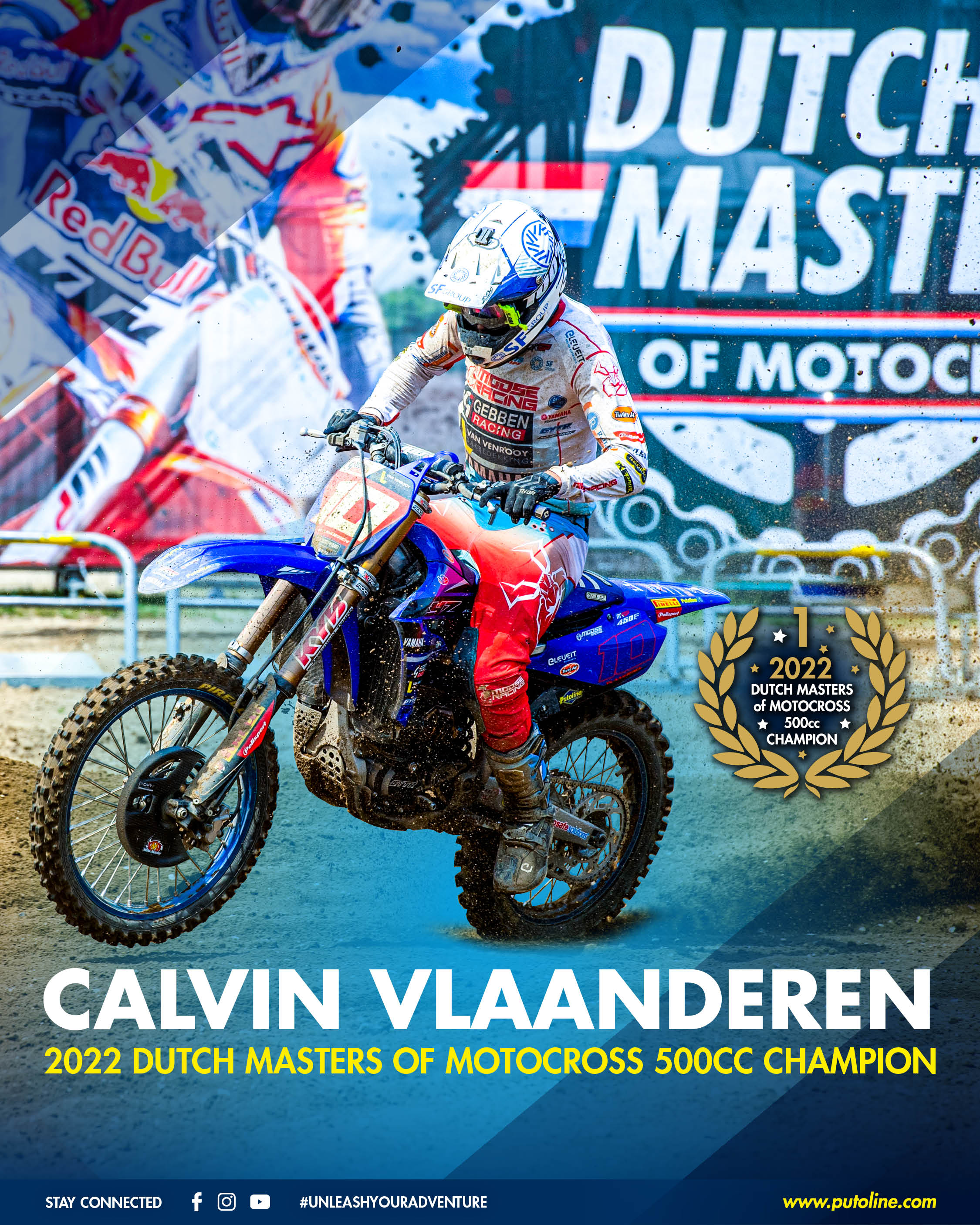 ''I am very happy that I was able to finish today. It was a very nice championship in which I had nice fights with Glenn Coldenhoff and Brian Bogers. I am very grateful to the team for all the hard work and that we were able to finish it together.''

​Gebben van Venrooy Racing will now start preparing for the Indonesian Grand Prix, which is on the program next weekend.

Technical support at the highest level of motorsport

Being a partner at the highest level of motorsports requires considerable support and technical knowledge. Putoline Oil employs its years of experience to assist the team in the field of lubricants and maintenance products.

Putoline Oil is characterized by a high-quality, attractive, and complete product range dedicated to the motorcycle industry. Flexibility and fast reaction to market developments are of great importance. Through constant research and an innovative policy, the Putoline assortment is always of high quality and is up-to-date with the ever-changing demands of the motorcycle industry.