Alex Schacht: “I decided to take a break from the life of being a professional road racer. It’s the combination of the lack of motivation and because of the results, which are not as expected. The EAB Racing Team is for sure the best team in the paddock and we still have a very good relationship. It was my decision to take a break, not someone else's. Maybe once I come back in the World Superbike paddock, but at least for the rest of the season I have to get things sorted. I want to thank everyone who supported me over the last years and of course my sponsors, my dad, my girlfriend, family and also the EAB Racing Team! I’m goanna miss you mates!”

Jed Metcher: “It’s hard to say how happy I am at this moment. I’m so over the moon to ride the EAB Racing Team Ducati 1199 Panigale R at Jerez de la Frontera in Spain and at Magny-Cours in France, a track I know very well from my European Superstock 600 and World Supersport period. This year has been a year of extreme ups and downs as I had a serious injury. Fortunately, I am fully recovered and fitter than ever. For sure, it will not be easy because I never raced the 1199 Panigale before, but I’m sure that my team can help me in the best way and I’m confident that we can score a decent result. I can’t wait until the first free practice this morning.” 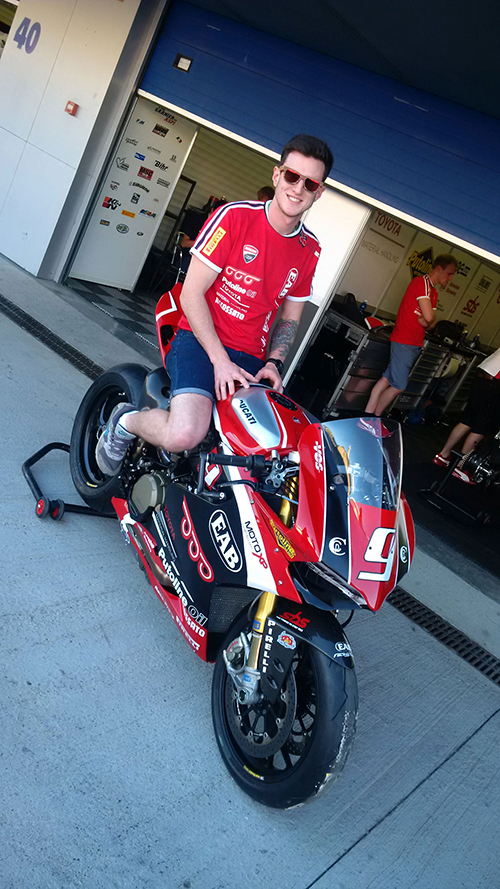 Manuel Cappelletti (team manager): “Alex Schacht will not race the last two rounds of Superstock 1000 FIM Cup in Jerez and Magny-Course because he prefers to take a break. We will substitute him with Aussie Jed Metcher. Its goanna be a good challenge for Jed as he will race for the first time on the Superstock Ducati 1199 Panigale R. But we are confident that he will be fast!”

Ferry Schoenmakers (team owner): “First of all, I feel sorry for Alex Schacht. He is a great rider and I’m sure that he has a bright future. We wish him all the best! On the other hand, I'm happy to announce that we are going to continue the STK1000 season with Jed Metcher. We know him and his talent very well as he raced some years against our European Superstock 600 Championship riders. He is also a former Superstock 600 champion. Jed is very happy to be back in the World Superbike paddock and hungry for success.”

Metcher joins Fabio Massei, who scored already two podium places this year on the Ducati 1199 Panigale R in the Superstock 1000 FIM Cup. Massei had a very good summer as he won the IDM Superstock race at Assen in the Netherlands. The Italian ended that race in sixth and was able to hold of some Superbike’s in the combined results. It was his second victory after the Ducati Club Race on the home track of his Dutch-based team. Because of the results Massei is fully confident for the last two Superstock 1000 FIM Cup races of 2014. The first of these two races will take place this weekend at Jerez de la Frontera in the south of Spain.