This weekend sees the return of MCE British Superbike action at the Snetterton 300 circuit in Norfolk, with the Anvil Hire TAG Racing Team looking to improve their fortunes.

With the annual break for the North West 200 and Isle Of Man TT now over, it’s time to return to short circuit action with the British Superbike paddock travelling to Norfolk.

The Snetterton 300 circuit is flat, fast and flowing and also a favourite with the riders and teams alike, since its redesign in 2011. The former airfield always provides fast and close racing action, just as last year proved with Shane Byrne taking a hard fought double win, fending off challenges from Josh Brookes and James Ellison.

In the road racing break the Anvil Hire TAG Racing Team have had the chance to work on the Kawasaki ZX10-R superbikes and have completed two test days at Snetterton and Knockhill, which they worked hard at on bike setup and improving the riders feelings with their machines. 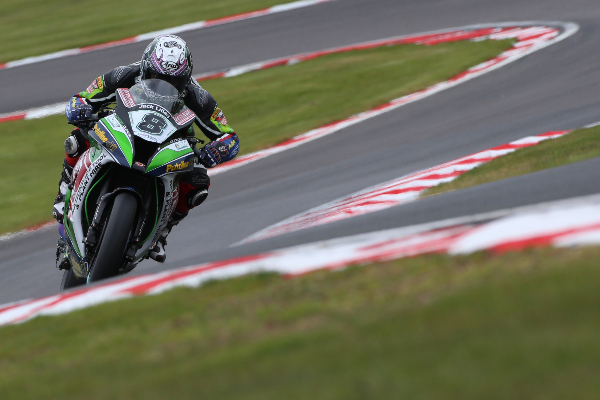 Nottinghamshire man Richard Cooper made a one off appearance in the National Superstock 1000 Championship at Donington Park during the break on his own practice bike, putting the cat amongst the pigeons between the regulars in that class with a strong ride. He will be hoping to carry on that form which saw him take two top ten finishes at Oulton Park last time out.

The teams resident Swede, Filip Backlund, is itching to get back out in British Superbike action and improve on his current Championship position, after a testing start to his 2015 campaign.

Shaun Winfield is looking to hit the ground running at Snetterton, after the two successful tests where he consistently improved on his lap times and worked on the setup of his Kawasaki ZX10-R, in the search of his first points of the 2015 season.

An excited Team Manager Steve Randle said ahead of the weekend: “I’m looking forward to seeing how Richard, Filip and Shaun get on this weekend. The recent break has helped the team and we’ve worked hard to improve all three bikes at the two test days we have completed at Snetterton and Knockhill, so I’m excited to see how much we have improved this weekend.”

Looking forward to the challenge that the Snetterton circuit throws up, Richard Cooper said: “After the recent test at Knockhill I feel we have made a good step forward with the engine spec and the bike was working great in testing."

“I’m excited to get on track this Friday at Snetterton against the other teams and bikes, and I’m hoping to carry on my form from Oulton Park where we had two top ten finishes.”

Looking to grab points at Snetterton, Backlund commented: “I’m so excited to get started again at Snetterton. It has been a long break where we have been able to conduct some good testing and development of the bikes on areas we needed to improve on, which feels good.

"The two tests have been very good for me and for the whole team, so Snetterton can’t come quick enough and I can’t wait to get racing again.”

Finally Shaun Winfield concluded: "I’m looking forward to getting back out at Snetterton this weekend after a positive test there a couple of weeks ago, and a good test at Knockhill last week. We’ve made a big step forward in bike set up and I can’t wait to try it.”