The circuit in Teutschenthal is really fast. It was the first time that Tom went out in a race on this circuit. It didn’t took him long to make himself comfortable on the track and in the first free practice session he set the 20th fastest time. In the pre qualifying session he made some small mistakes and he couldn’t ride the perfect lap. He finally had to be satisfied with the 29th fastest time.

Tom started the qualifying heat just outside of the top twenty. In the beginning of the race he struggled to find his rhythm and dropped back to 23rd position. During the race things started to go better and he passed some of the riders who were riding in front of him which resulted in 21st position.

The first moto started with bad luck for Soderstrom. He made two mistakes in the beginning of the race and was way back in the field. On the fast circuit in Teutschenthal it’s difficult to make up time on the riders in front of you. Tom gave everything he had but finished the race outside of the points in 27th position.

In the second moto he came out of the first corner around 20th position. In lap six he moved up into the points and after a strong second part of the race he crossed the finish line in 17th position. 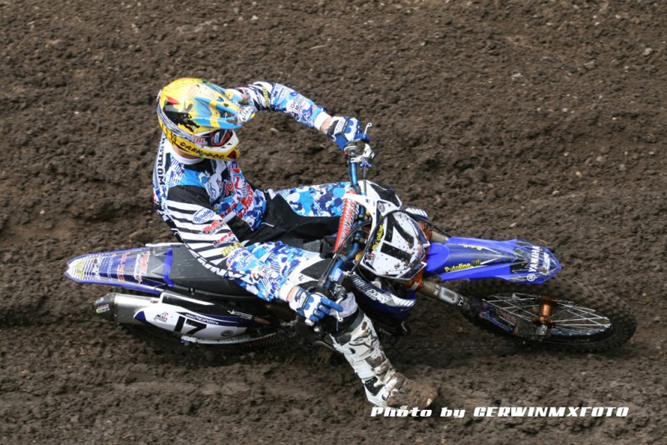