Michael van der Mark has won the Superstock 600 European Championship race at the TT Circuit of Assen. The Ten Kate Junior Team rider had a brilliant start from third place and he was second in the first curve. Only two laps later, Van der Mark overtook Australian Jed Metcher. However Romain Lanusse from France came closer very quick and overtook the lead halfway the race. Luckily Van der Mark remained calm and waited for his chance to take over again. This turned out to be successful.

Michael van der Mark (STK600): “ I had a good start and I was able to push from the first moment. The fight with Metcher and Lanusse was very intense but fair. After the first lap I knew that I could win but it wasn’t easy at all. Hopefully this is the start of a beautiful season. I’m looking forward to Monza, the next race.”

Luca Verdini has finished his first Superstock 1000 FIM Cup on the Ten Kate Honda CBR1000RR Fireblade in thirteenth position. The Italian rider didn’t have a good start and lost a couple of positions in the first laps. Luckily Verdini didn’t panic and recovered fast. Unfortunately the gap between him and the top ten was too big. He did win the fight for thirteenth place. 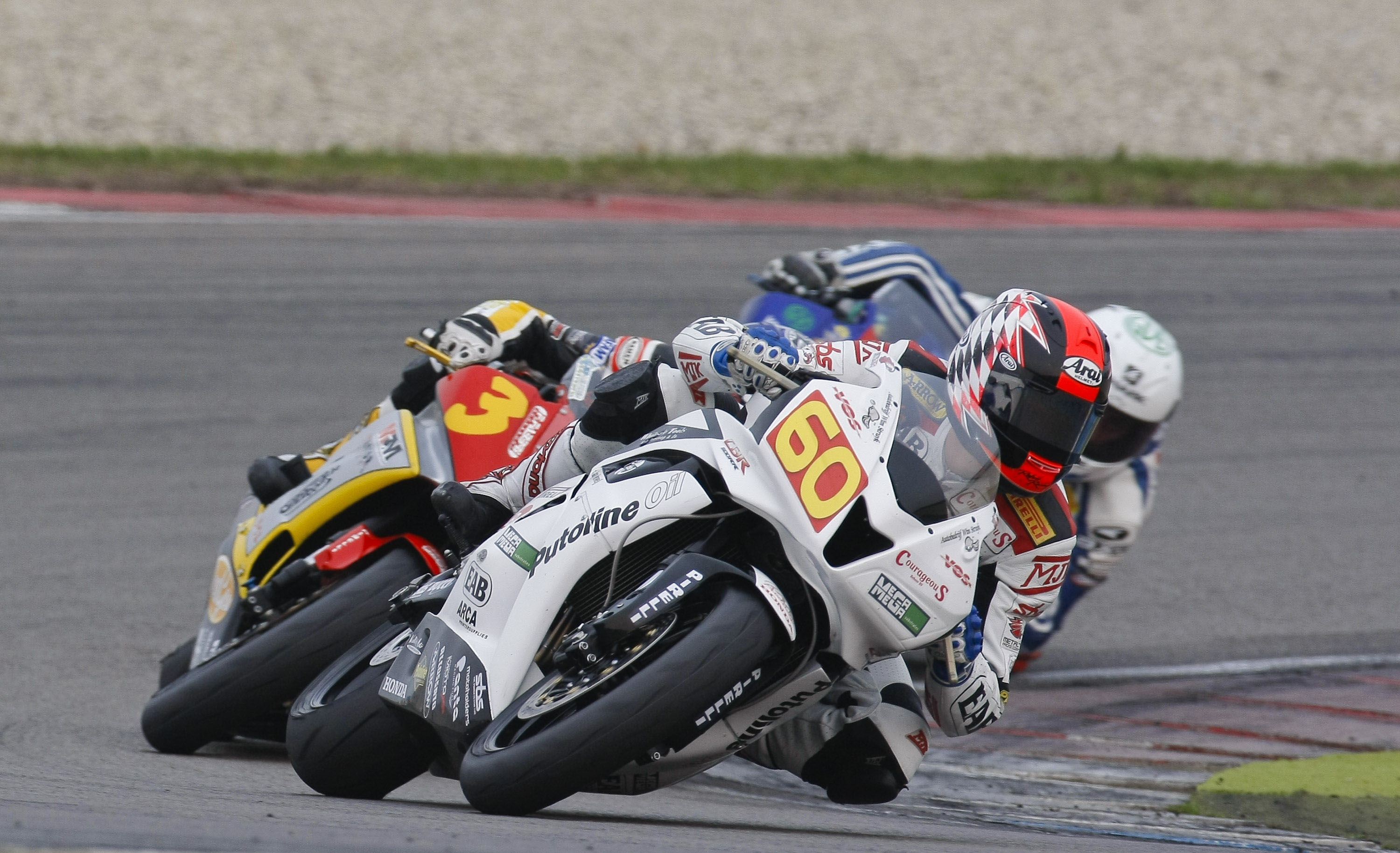