Although McCanney had a good points lead in both the E3 and Junior classes prior to the Natterjack he still needed only to keep his nearest rival Jonny Walker in check to be sure of the titles. By finishing runner-up in the E3 (to David Knight) on day one, and winning the Junior competition McCanney put both championships beyond doubt – they were his. He nonetheless raced day two, placing third E3 and runner-up in the Juniors.

Danny McCanney: “This has been the toughest enduro of the year. Day one was seven and a half hours battling through deep sand – and on a very tight time schedule. Tests don't come any tougher – and that’s a tough and nervy way to finish off the championship! I'm really happy to come away with the two national titles, it's exactly what we set out to do."

“I was getting stiff opposition in both classes so it was no breeze, and coming to the Natterjack – with it being such a tough event – anything could have happened. But I'm pleased we had two very good runs, my only problem being snapping off my footrest in the enduro test on Sunday – I lost valuable time, but we got it fixed and were okay from there. Again, my Gas Gas CC300 didn't miss a beat. I have to say a huge thanks to Gas Gas and to Steve Plain and the team for giving me this fantastic season."

Steve Plain, Gas Gas team manager : “Danny's done the big triple – the British Sprint E3, the British E3 and the European Junior E3 crowns. Incredible. It's been a stellar year, typified by Danny's amazing speed and endurance and the Gas Gas's incredible reliability. Everybody who rode this weekend deserves a medal because this was one of the toughest enduros I've seen for a long time and I'm glad again to see Danny dealing with the pressure and coming away with two more titles.

"We've no rest, though. We're on a boat tonight to France for the final round of the Enduro World Championship where Danny will debut in the Juniors, again on his CC300. We've a slight detour on the way, we're going to the Gas Gas factory for a first ride on the amazing 2012 machines. We’re really looking forward to that!”

Danny McCanney’s next race is the Enduro World Championship final round in Mende, France, October 1-2. 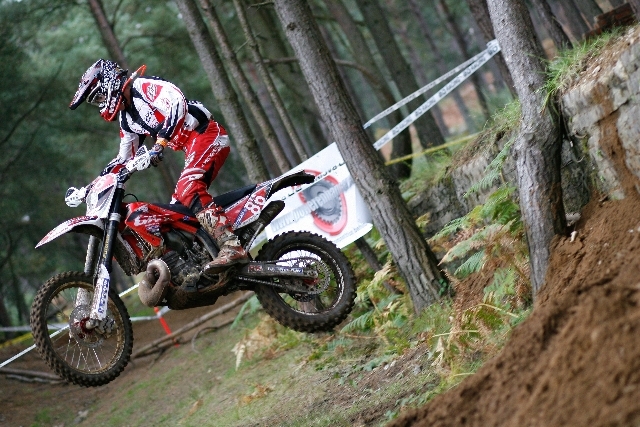