Reeves/Sayle flew out of the traps but, ultimately, had to accept second best to the third most successful TT competitor of all time whilst Ben and Tom Birchall took their second podium of the week in third.

With weather on the Island far from favourable, a number of delays meant it was 4.25pm when the race did get underway with drivers warned of damp patches all around the course and the possibility of rain over the Mountain. Lack of adhesion flags were also on display.

It was Molyneux and Farrance who led through Glen Helen for the first time but it was close with the Birchalls just 1.1s behind and Reeves and Sayle only a further 0.6s adrift. Molyneux was some 13mph slower that the Birchalls through the Sulby speed trap and, indeed, the lead had changed hands as they went through Ballaugh. By Ramsey, the Birchalls were leading Molyneux by over three seconds but it had all changed again at the end of the lap and it was Reeves/Sayle who were in front with an opening lap of 111.692mph.

Molyneux/Farrance were still in second but the Birchalls had dropped to third with just over nine seconds separating the trio whilst Conrad Harrison/Mike Aylott, Gary Bryan/Jamie Winn and Dougie Wright/Martin Hull completed the top six.
On the second lap, Molyneux/Farrance were again slower through Sulby but this time it was only 7mph and throughout the 37.73 miles, they were eating into the lead held by Reeves/Sayle. The gap had almost been halved to 3.5s as they swept through Ramsey and it was now seemingly a two horse race with the Birchalls now 13.5s behind the race leaders.

At the Bungalow there was only 1.45s between the front two outfits and as they flashed across the line to start their final lap, there was barely anything to separate them as Reeves continued to lead albeit by the reduced margin of 0.82s. The duo had both lapped in excess of 113mph with the race hotting up whilst the Birchalls still held onto third from Harrison/Aylott, the latter lapping slightly quicker to close to within 11s of a podium place. Bryan/Winn and Wright/Hull remained in fifth and sixth.

At Glen Helen for the final time, the fight back by Molyneux/Farrance continued as they hit the front once more, having turned their deficit to Reeves/Sayle into a 1.75s advantage. As the lap progressed, it was clear they were finding a good rhythm with Molyneux using all his experience and after leading by seven seconds at Ballaugh, it was almost 11 seconds as they rounded Ramsey Hairpin for the final time.

Molyneux/Farrance weren’t to be denied and they duly completed their double with their eventual winning margin a commanding 17.11s. The Birchalls and Harrison/Aylott circulated in close formation for the second half of the race but whilst the former held onto their podium position, the latter dropped out on the final drop down the Mountain. That promoted Bryan/Winn and Wright/Hull up to fourth and fifth with the top ten completed by Greg Lambert/Jason Crowe, Rob Handcock/Ken Edwards, Tony Baker/Fiona Baker-Milligan, Karl Bennett/Lee Cain and Frank Lelias/Charlie Richardson. 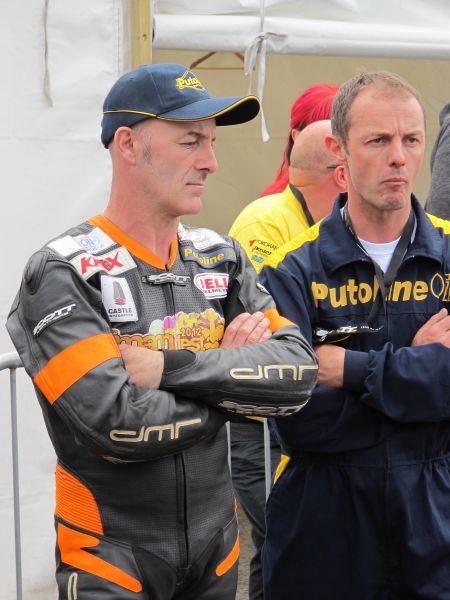 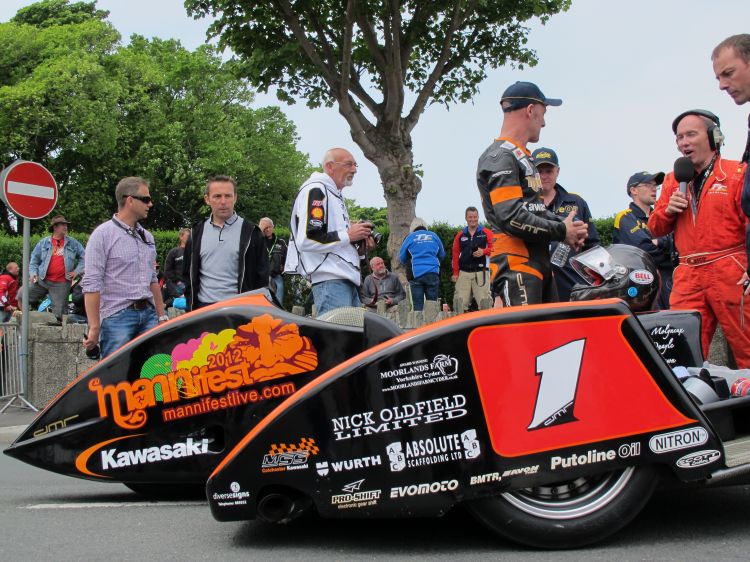