Matiss Back in Action at Valkenswaard this Weekend

27 March 2013. Matiss Karro will return to the Team STR KTM saddle for this weekend's Dutch GP which will take place at Valkenswaard in the Netherlands this Sunday and Monday. After missing the first two GPs in Qatar and Thailand, along with the first round of the British Championship, Matiss has been having intensive treatment on his fractured wrist and all the hard work has paid off as he now makes an earlier return than was initially expected.

Karro will be joined by Jonathan Barragan, who had a very successful opening round of the British Championship in Doncaster two weeks ago where he scored a podium finish in second place. He'll be aiming to echo his UK fortunes in the Netherlands. 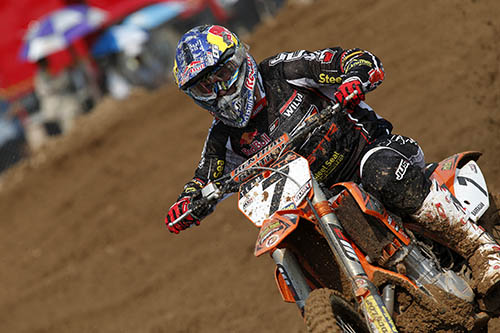