Beto Carrero, Brazil, 18-19 May 2013. You couldn't get two more different performances than Milton Park in Northants and Beto Carrero in Brazil and after making the long journey to the South American venue, the team were in an optimistic mood after Barragan's victory the week before.

Qualifying Race
Barragan made a good start but lost half a dozen positions on the first sector and never recovered, making a mistake late on in the race, which saw him relegated to 17th.

Race 1
Barragan had a poor start, rounding the first turn in 18th but was able to improve his position and as the race unfolded, he found himself fighting for 12th with Tanel Leok. Eventually the Estonian's determination paid off and he was able to make the pass but later he clashed with a back-marker on the penultimate lap, losing another place to Simpson, leaving him to finish in 14th.

Race 2 (Super-final)
As with the previous overseas events, it was back to the mixed MX1/MX2 super-final for the second race. The carnage of the first turn claimed Barragan amongst its victims and after picking himself up in 37th, he made light work of a number of wild card riders to move through to 30th. Unfortunately, he just didn't have the speed to mount a concerted challenge on the rest of the pack and the best he could muster was a lowly 29th at the flag. In MX1, he was 15th, which coupled with his 14th from race one gave him 14th overall for the GP.

Jonathan Barragan said: "Not a good weekend at all; I didn't have good speed and in the initial laps, I was simply losing the race every time. Now we have three weeks to the next GP, I will be aiming to get my confidence back.

“Riding in the top ten is my goal and I won't give up, but I’m sorry to the team and everyone who is helping me, because my results are not what we’d hope from Jonathan Barragan. I know the talent is there, I just need to show I can do it."

Team Manager, Steve Turner added: "It's not easy to be optimistic after enduring a performance like that and I’m certainly not going to attempt to put a positive spin on it."

"Jonathan needs to take stock. He knows better than anybody that he needs to improve his performances. The team can only do so much, then it's down to him to twist the throttle." 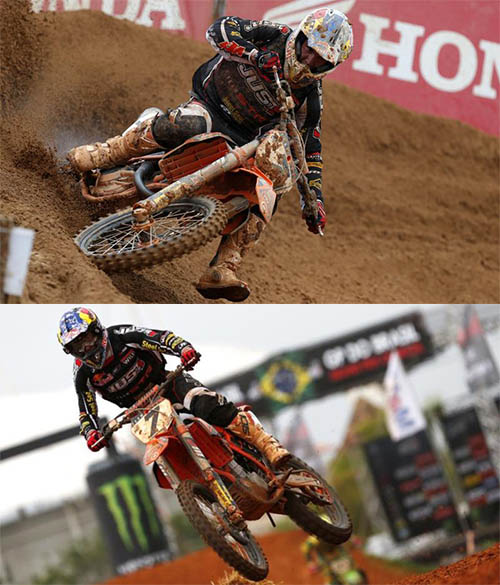